When we decided to journey South for Spring Break, Brooke had no idea what she was in  for. She has been to Florida many times–Disney, Ft. Lauderdale,  Naples, Miami, all  by air.  Traveling by car, however, was a life-changing experience for this fourteen year old. You certainly see a lot more than drifting clouds from … END_OF_DOCUMENT_TOKEN_TO_BE_REPLACED

1,2,3,4,5,6,7,8…Schlemiel! Schlimazel! Hasenpfeffer Incorporated!  (Millennials, ask your parents.) I showed Brooke an episode of Laverne and Shirley before we headed out on our mother-daughter Milwaukee weekend.  And yes, I made her reenact the opening right out on the street in public.  Considering I was taking her to a Miranda Sings concert, it was more than a fair exchange.

Milwaukee is such an easy weekend getaway from our Chicago suburb of Naperville…just under a two hour drive.  Packing for a weekend is so simple: one wheelie suitcase (of course from Baggallini) with two outfits for each of us, bathing suits for the pool and spa, pjs, and loads of textbooks so Brooke could get her homework done in between  the concert and sightseeing–let’s not discuss whether that happened or not.

Brooke’s backpack was filled to the brim with makeup for the Miranda Sings concert at the Riverside Theatre. I’ve never seen more red lipstick in my life!  I had no expectation for the concert and it was actually so funny. Colleen Ballinger is super talented, although not appropriate for children under 15 in my opinion. 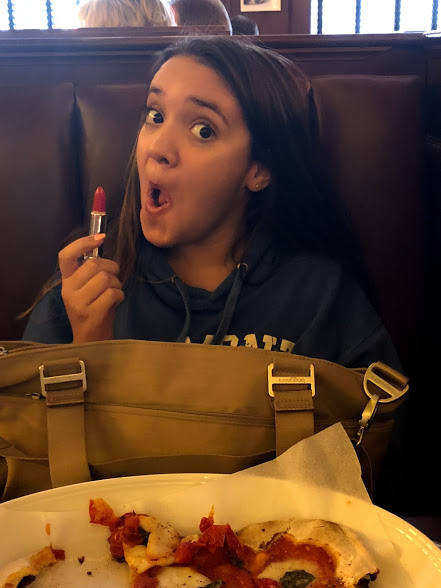 A lot of prep for a 60 minute concert!

If you visit Milwaukee, I can’t imagine you’d want to stay anywhere other than The Pfister Hotel.  If you don’t know it’s history, it’s fascinating.

Known as  the “Jewel of Milwaukee,” the first thing you’ll be swept away by is the ornate Romanesque Revival architecture. Built in 1893, it truly felt like we time traveled.  The opulence of staircases, chandeliers, muraled ceilings and marble accents will make you instantly feel like royalty. The Pfister Hotel has the largest collection of Victorian art in America.  The pool, spa, suites and lounge areas all get 5/5 ratings in our book. The only disappointment was the restaurant, Mason Street Grill.  It was honestly the worst Halibut I’ve ever had and Brooke’s flatbread pizza had the soggiest crust.  We were greatly disappointed but the beauty of the hotel and the city definitely made up for it.

What we did for two days in Milwaukee:

Knowing basically nothing about Milwaukee, we were excited to explore the city.Here’s what we learned just by meeting people, asking questions and a bit of research:

Milwaukee is a German settlement and the influential Captain Fredrick Pabst’s name is everywhere. He was a German-American brewer who purchased the Pabst Theatre in 1890. Milwaukee is divided by the Milwaukee River. The east sits along the Milwaukee Bay which spills into Lake Michigan.  The buildings here are full of character.  City Hall could probably be mistaken for Big Ben and the Federal Building looks like a European castle.  The west side of Milwaukee seems more suburban and is home to Marquette University–now on Brooke’s college radar. Along the lake is the Museum of Art.  It looks like a ship or perhaps a whale.  Either way, it’s a work of art in itself! 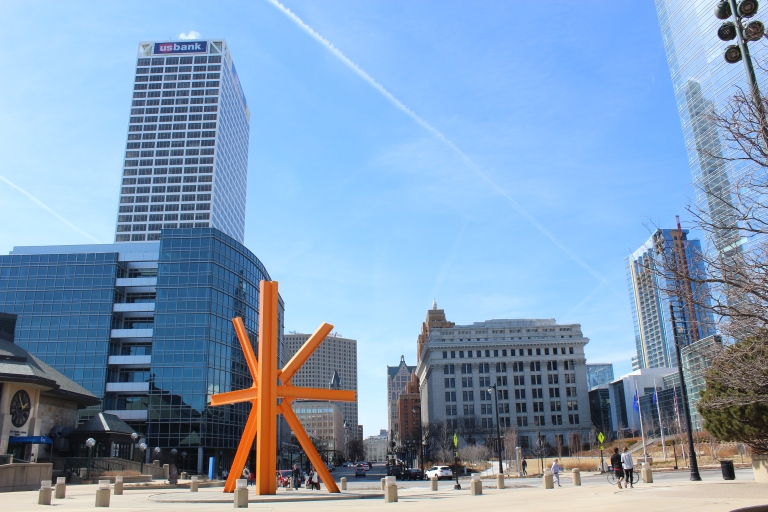 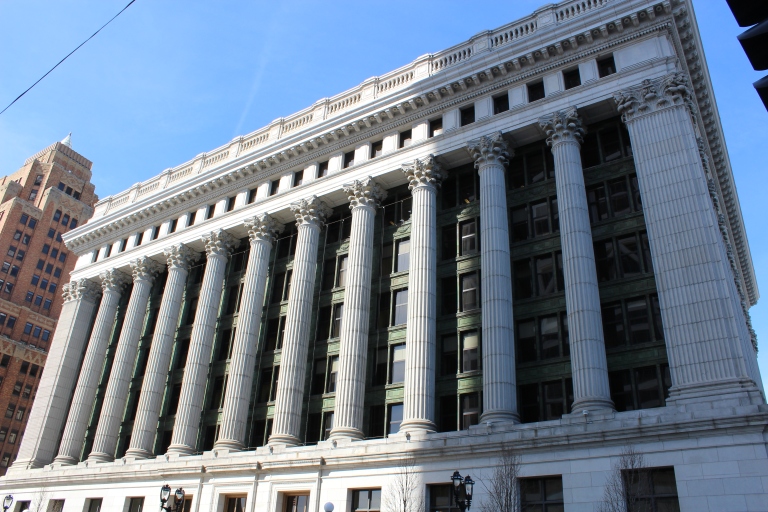 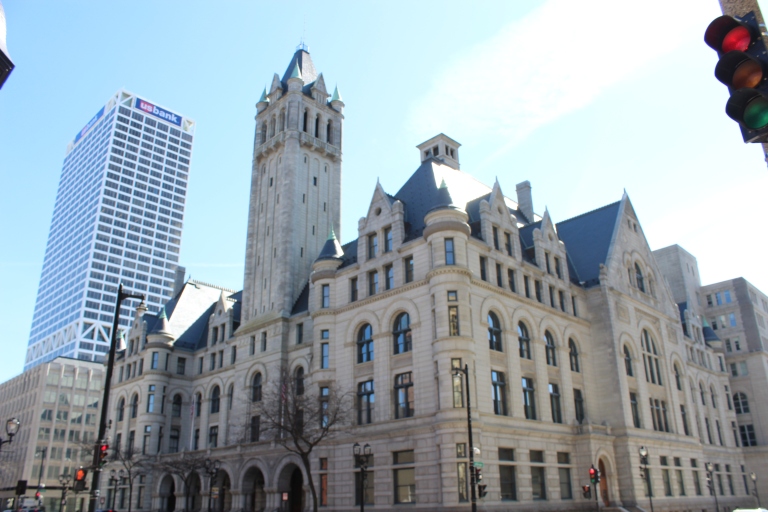 Although we were surprised not to find any breweries, there’s definitely not a lack of churches in Milwaukee.  There almost seems to be a church on every block and the architecture is magnificent.  Again…European teleportation. 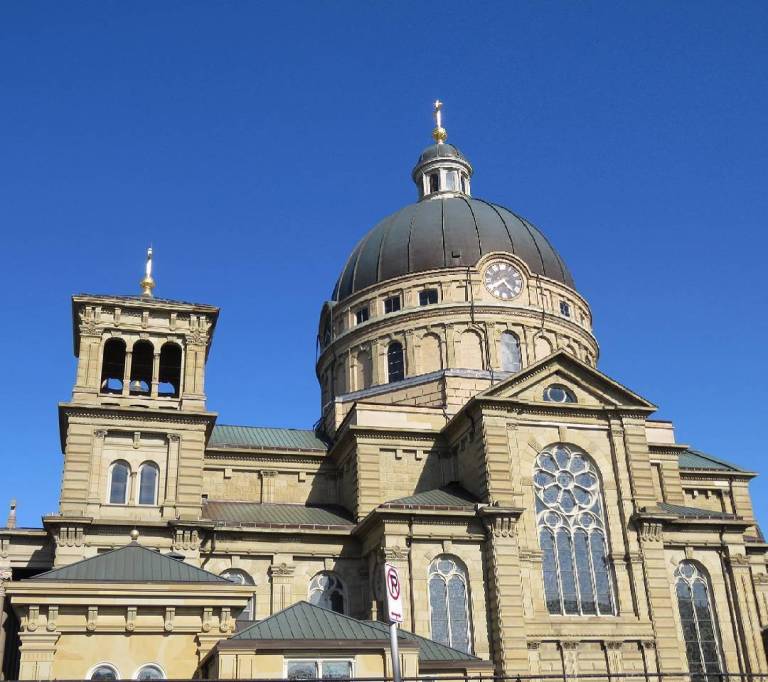 Overall, we’ve decided that we’d “walk” all over Milkwaukee anytime!  What an architecture gem!

Have you ever visited Milwaukee?  We will definitely return…maybe for a college visit!